The blog of our Chefs, our restaurants, and agricultural producers. 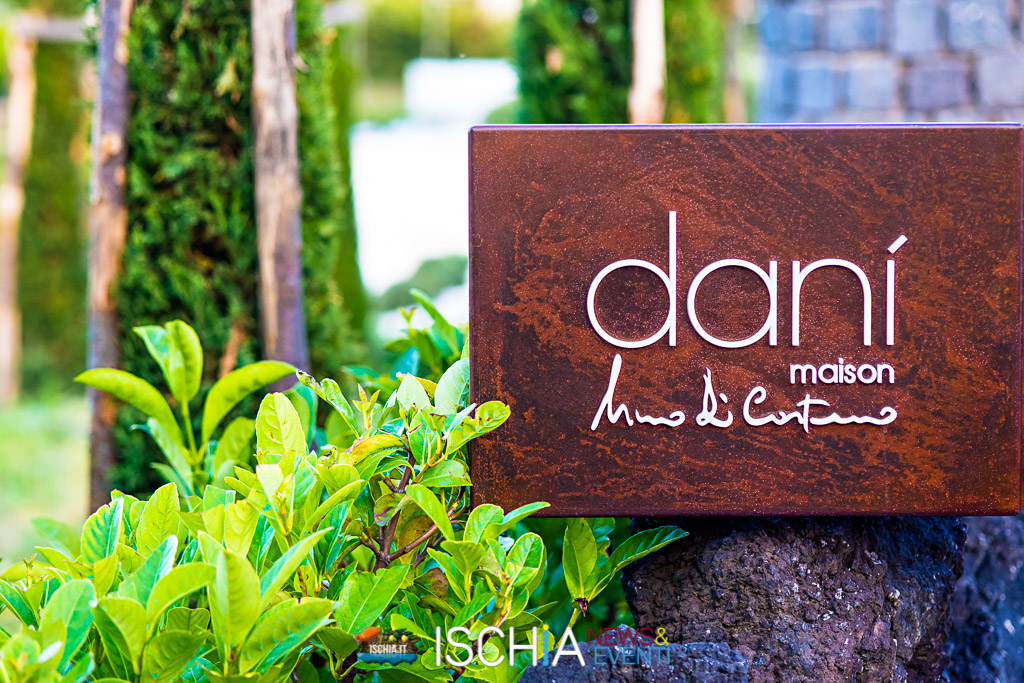 A classy hospitality and great food in the family home: the choice of multi-starred chef revolutionizes the concept of restaurant. Memorize four syllables: «danì maison». And add the Nino Di Costanzo signature, multi-starred chef: is the most important ambassador of “made in Ischia” in the world.

Then, book a table in his new restaurant called so, set in the family property on Montetignuso hill, not far from the center of Ischia Porto, and let you go to discover the sublime. Because the sublime exists.

It is at strong idea,

including architectural, botanical and philosophical from a Besides his meticulous and reasoned kitchen, culture.

I try to thanks to a brief chat, direct, forthright. Nino, give me characterize you. Explain it. Let’s start from the love that holds them, love for a land to which I am deserves better: it must be a collective effort, the examples that always push upwards. Naples and Campania. house. Yours. It is the house of my grandfather, and where my father born, Sabato, who is gone and, from above, spurs me and follows me: a special man. It is as if he was next to me, with my mother Concetta, who is very happy for the initiative, and my partner Marianna who gave the soul to support me in a complex project. I chose the more difficult path, the path of doing business: it is the boldest path because I have great motivation and above all I want to be in the kitchen, cooking.

After leaving the Mosaico at the hotel Manzi, a year and a half ago, I received many proposals from Italy and from abroad, but I realized that I do not mean to be a manager. Are you revolutionizing the concept of restaurant? This is a small homenest of 150 square meters that has two hundred years. The proposal of a great service and a great kitchen belongs to me.But here disappear the “walls” that have shaped the history of the classic restaurants and à la page. The guest is the real landlord. Everything is done for those who come here, even from so far away, and decides to fly for hours to sit at one of two tables of a kitchen that takes up most of the space; or in the lounge, which has four tables.

The chairs are in a 50s style. On the walls there are symbolic works by Antonio Nocera who signed the great “Playland” and the exterior sculptures, where stands the “Bella ‘mbriana”, beneficent spirit and a bit shy of the house. I like art and I want to engage on an emotional level as well. It is needed to feel at home: from aperitif to dessert those staying here can do what they like. Anywhere, you can find a reference to thenest: carved birds and paintings, even in the small entrance gallery. Does the interior design match the magnificent garden? In the garden, which was curated by Ettore Guarracino, there are Mediterranean plants with an evocative shape, and then the herbs, flowers, our colors and scents. You can take a bottle from the old copper pot turned into ‘champagnera’, and walking on paving stones made from centuries-old slabs of lapilli while you catch the fresh essence to make you prepare an ad hoc infused, for example, surrounded by works of art, curious recycling objects, views of night light in a special way. Where the name of the restaurant comes from? Mixing Neapolitan and French?

The restaurant’s name is consistent with a set of values that express the welcome: it is called “danì”, with capital letter, rounded lettering and an end accent, and is a synthesis of “Da Nino” or “Da Nì”. Then, there is the addition of the fashion house, and my signature. I had consulted a marketing company, but the solution I found during the hours spent reflecting, flying from Tokyo to Italy. Finally, there are friends, producers, market places. Very important. I could not help but do the shopping of the fish every morning in Ischia and Procida, to review a dish of my grandmother, or a dish traditional of Campania, going to choose me the best lamb; or the farmer who brings pummarole. These things I missed. For a year I’m working with Kiton, with great people: the Paone family, Totò De Matteis, Lucio Nigro.

We are tied by an extraordinary friendship and commitment will continue. But alongside this role, what matters is to have the affection of people like Professor Luigi Moio, who is revered in France: to him I asked for a sentence to introduce the wine list, and then produces the Quintodecimo. It is coupled with the winemakers close to me, from Marisa Cuomo to Andrea d’Ambra, Nicola and Antonio Mazzella. And then there are the oils, dear to me: the Sicilian Terraliva, Pruneti, Mulino della signora, and those I have on the trolley because overtime. I would like to thank them, extended to companies and plant engineering companies, and my entire bar boys who have followed me for years, and my kitchen brigade. 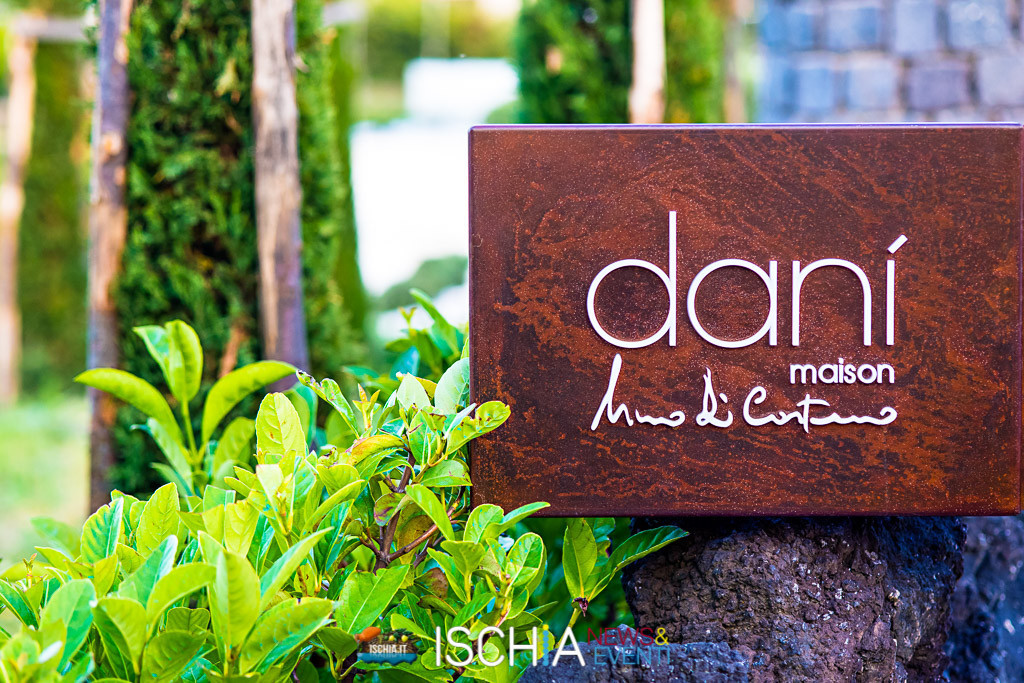 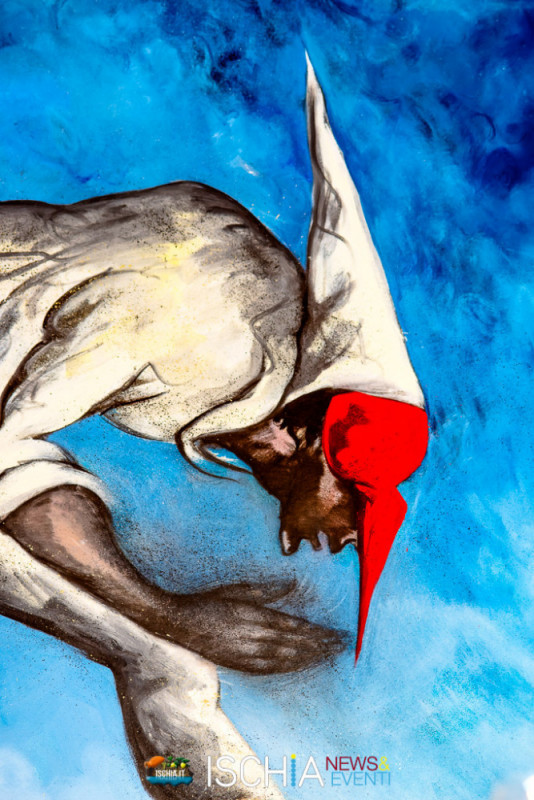 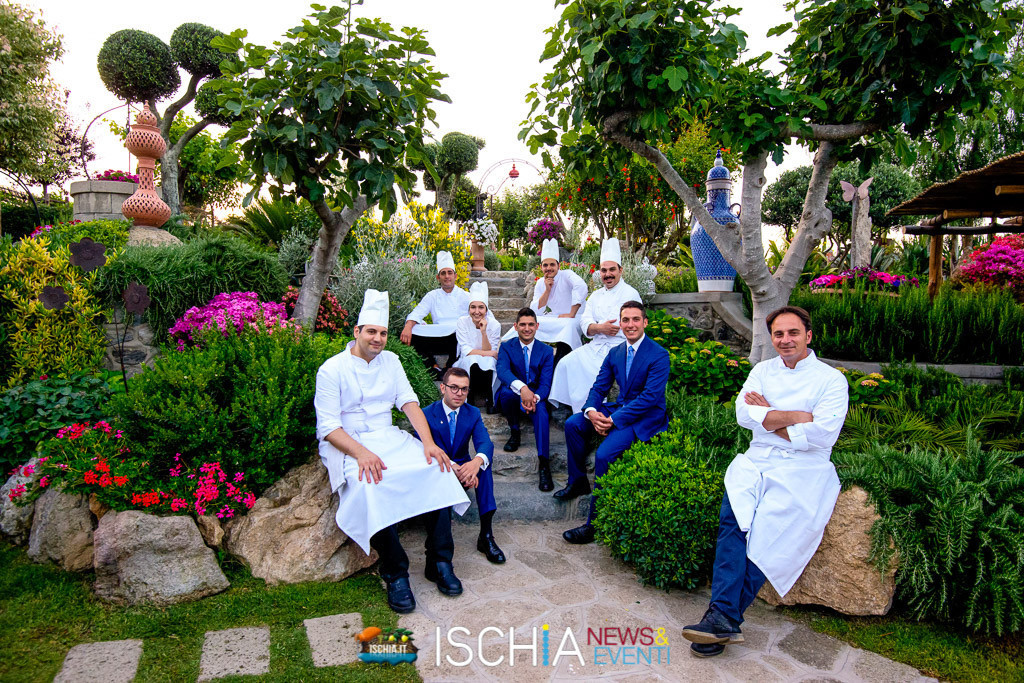 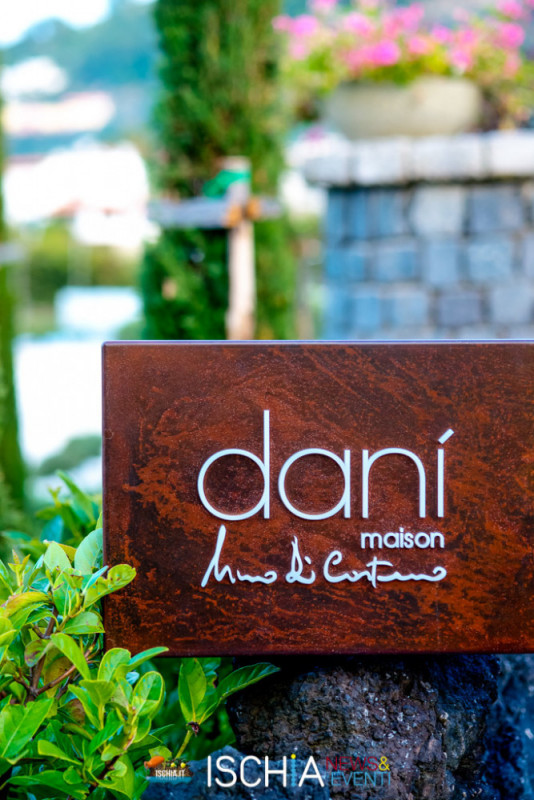 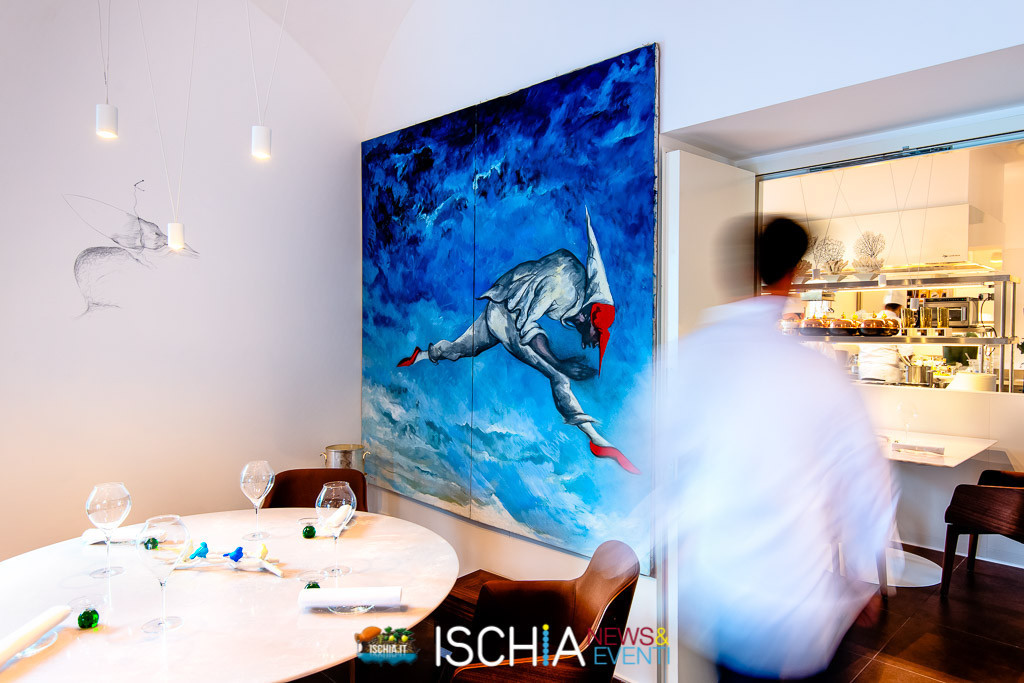 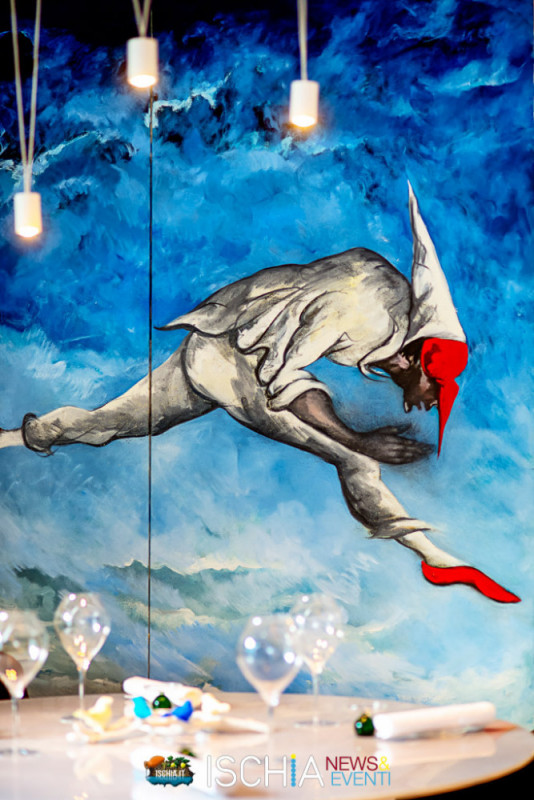 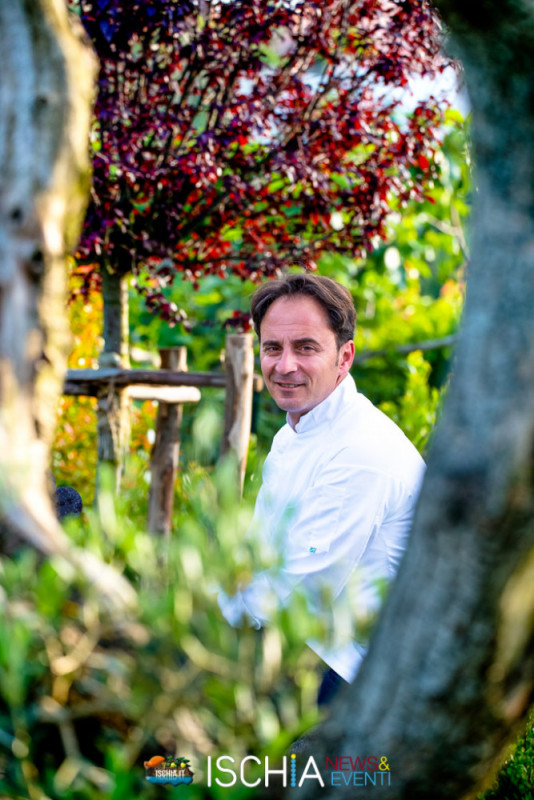 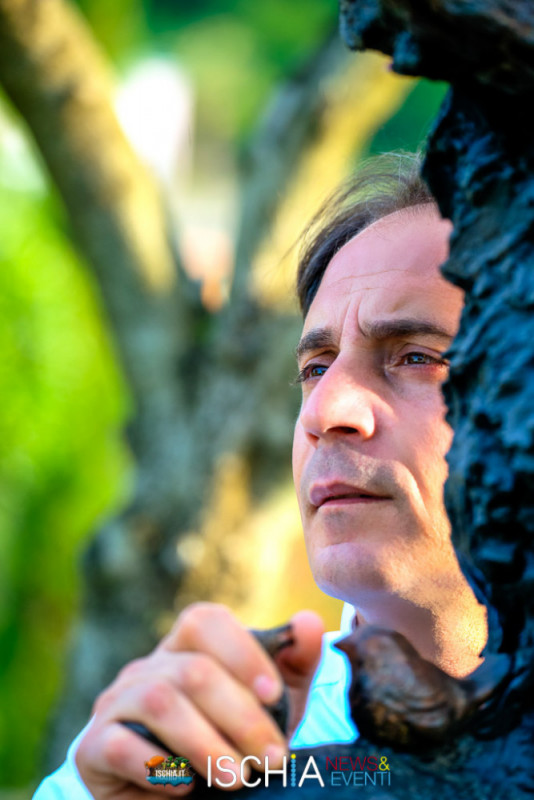 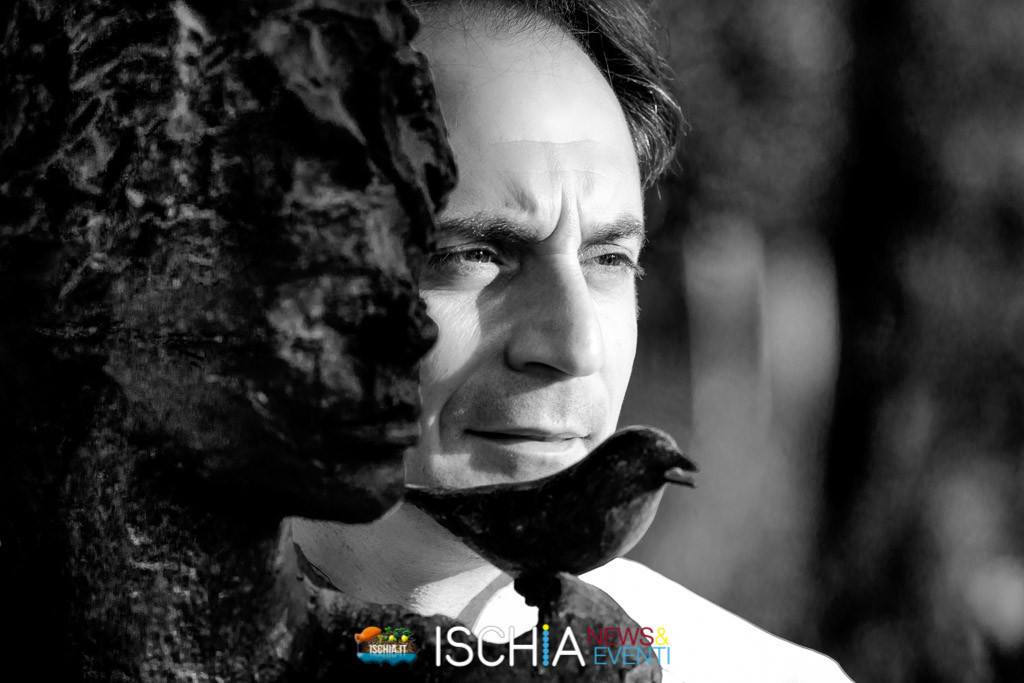 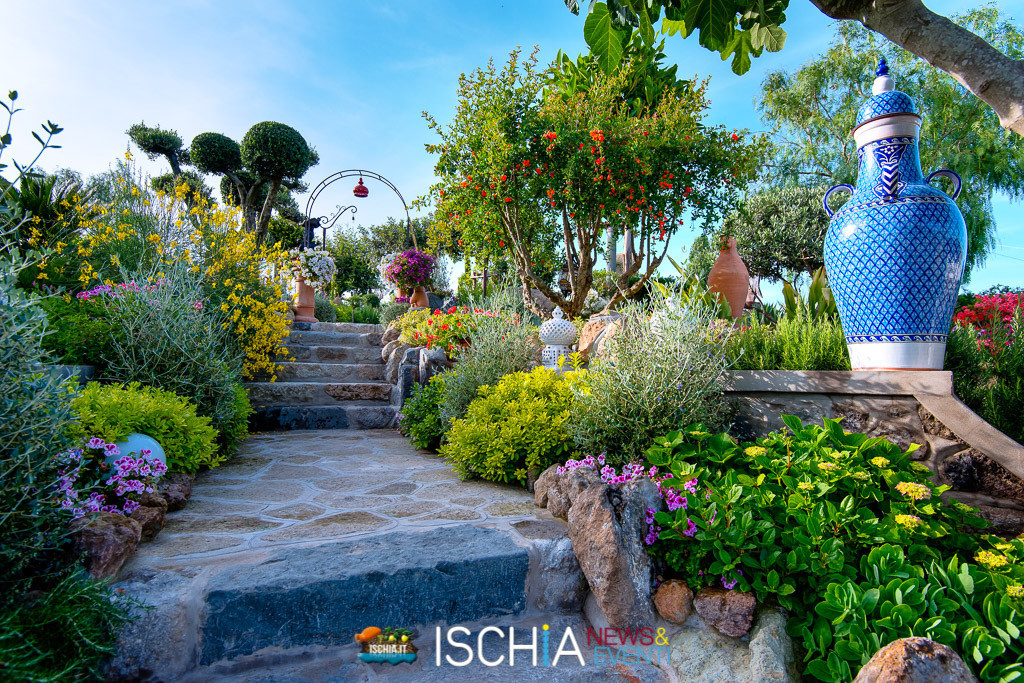 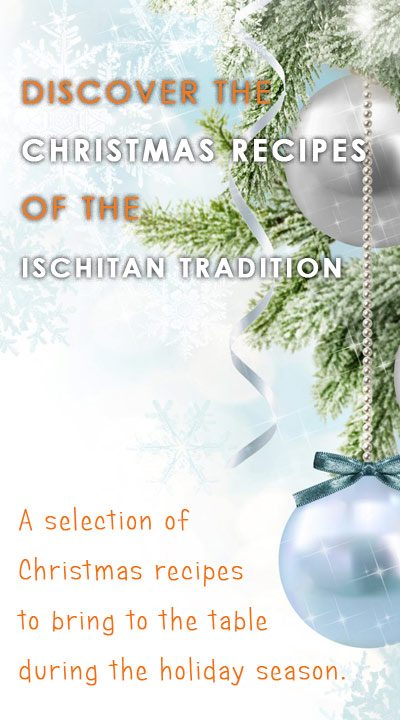