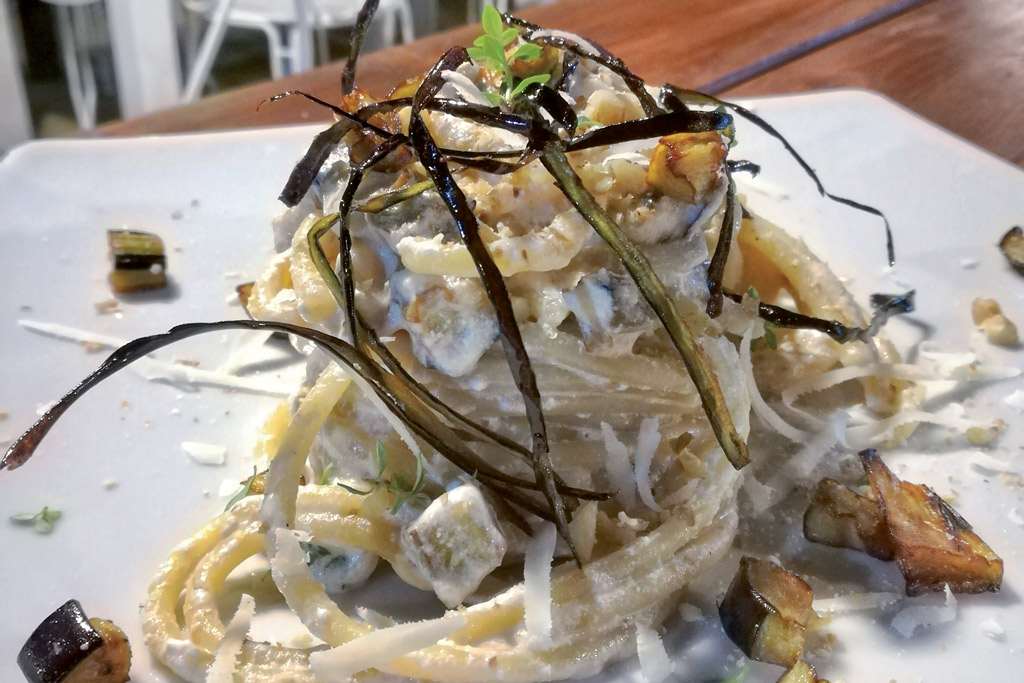 Eggplant from the garden, cut into cubes and then fried. Ricotta is a tribute to the local kids, made with a little cooking water from the pasta, light hint of butter and Parmesan. The role of the crunchy is entrusted to walnuts, whose unmistakable intensity further enhances the sweetness of a fresh and voluptuous ricotta. Fatal blow inflicted by thyme, very fragrant, unexpected and complicit with everything else. An extra touch, not only in the service of aesthetics, the peel of eggplant, thinly cut and fried according to perfection.
We return to the countryside and to the true and forgotten flavors.

Bucolic environment, agricultural soul, uniqueness at all latitudes. We are on the slopes of Mount Epomeo. The raw materials are of own production, with special mention for the sumptuous production of goat cheese. Goats, yes. Those that at dusk descend from the pasture under the enchanted eyes of those who are already there to entertain themselves with the sunset aperitif. The kitchen and all its proposals are the natural extension of those who have chosen to return to the countryside. With far-sightedness and dedication.
Wonderful story, avant- garde project and, fundamental for those who grant themselves this stage, a feeling of peace that they would no longer want to abandon.

Dish reviewed in the Ischianews magazine issue of August 2019